Charlize Theron stars as Andi, an immortal warrior who has existed since before the dark ages. As the film begins, she wonders "if this will be the last time" before introducing us to her world. She leads a group of four immortals who are being tracked by a pharmaceutical company looking to exploit their genes.

The film is filled with action, lots of gun-play and sword fighting. Theron has remained one of Hollywood's great action stars over the past few years and this one is another notch in her belt. She gives a multilayered performance, at times gruff, bitter, and angry- but also very fragile. A warrior at the end of a very difficult journey through centuries of heartache.

Chiwetel Ejiofor plays Copley, a former CIA agent currently employed by a pharmaceutical company to track down and capture the four immortals. Formerly a man of honor who is now broken by the passing of his wife to a disease that he believes can be cured by examining the immortals.
In a normal year, this should be a major Hollywood release. Delivered straight to Netflix, I feel something is missed by not having it screened on a large screen. As a streaming film, it probably shouldn't be missed by action fans.
Posted by Mad Mark at 6:43 PM No comments:

I am a huge fan of Lovecraftian Horror. And many social media accounts were promoting Shudders newest acquisition as inspired by Lovecraft (Quickly becoming a buzz word), leading me to sit and give this one a quick spin on the ol' Roku device. I settled in for a fun ride...

Emily and Randall are a troubled couple on a romantic vacation for the weekend. They are staying in Randall's family beach house, but their time away is interrupted by an older couple who had made plans through Randall's father (unaware his son was staying in the house). The two couples make the best of it, but there is something strange about their environment and an infection begins to spread and transform the people around the lake.

I can see why people saw influences from Lovecraft, with similarities to "The Color out of Space" and "Annihilation", but there is much more in common with Cronenberg "body horror" here and the psychedelic horror of "Altered States". The transformations are gut churning, but ultimately feel less driven by an unknowable terror and much more based on the random chance of biological science. The movie even has a character who explains everything that is about to happen in a brief discussion regarding her college studies.

Otherwise, the film was an enjoyable middle of the road picture with some good gory bits. Mild recommendation
Posted by Mad Mark at 1:33 AM No comments:

Six episodes in to the first season, the series somewhat abruptly ends with far more questions then there are answers. If this is really the entirety of the first season, then I feel less than satisfied with the conclusion. But I was pleasantly freaked out throughout most of the runtime- the series begins by stating it is "based on the events that inspired" the original film series. That, on the surface, feels like a load of trash unless you are actually paying attention to the background.

The series begins in 1988 and the most alarming story on the news is that of the discovery of a body found sealed in an oil drum. This is regarding the well publicized Junko Furuta story. We fast forward about one third through the series and find ourselves in 1992 when the news is dominated by the Sarin Gas attack from the Aum Shinrikyo cult. We end the series in 1997 and the news is once again covering the Kobe Child murders that took place at that time. These horrifying moments were the inspiration for the horrifying ghost tale that reflects the rage of on the Ju-on series.

What unfolds is the usual terrifying story of terrifying and angry ghosts who have died so horribly that they are trapped in their rage, grief, and horror. We follow the story of a paranormal researcher, a working class actress, and a teen girl as they encounter the famous house in a period of time that supposedly takes place before the deaths of Kayako, Toshio, and Takeo Saeki. The house is a location for other deaths, grief, pain, and suffering stretching back through several decades and several characters.

This is a slow burn horror and each episode leads up to various horrific moments. It also addresses issues of rape, addiction, and trauma in ways that many will find uncomfortable (especially with America's current political climate) so viewer beware. But it's a brutal reimagining of the series and it's origins while taking into account various other moments that have haunted Japan in the past.

Some days, a nice little gross out zombie movie is just what the doctor ordered. So, heading into a shady Eastern European hospital, our two leads run straight into just that sort of trouble.

Allison (Maaike Neuville) and Michael (Bart Hollanders) are looking for breast reduction surgery on the F cup-sized Allison, who is tired of having men ogle her. Her mother is accompanying them and hoping to get some touch-up work for her own beauty needs. There they meet Daniel (Benjamin Ramon) who would really like to show Michael around the hospital (And snatch some pharmaceuticals in the process) while the ladies go under the knife. Then... a zombie gets loose and hilarity ensues.

The movie packs some gory and disgusting gags, the sort of things that would make a dog gag. Our two protagonists are often separated for the purpose of sending them on a series of short misadventures that almost always bring them back together again. The film is ultimately very nihilistic, however. In the vein of Very Bad Things, things get progressively worse as the film builds to it's eventual climax that may shock some but felt more like par for the course with my experiences.

This is a mild recommendation for most horror fans, with emphasis for fans of gross out humor and gore. 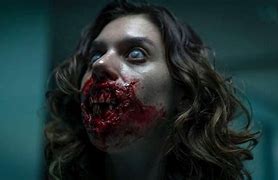 CHAPTER 3: THE WAGON AND THE ELEPHANT

Our story takes us East, to the Pennsylvania Mennonite community and young Levi Zendt. Falsely accused of sexual assault, Levi refuses to abide by the punishment decreed and heads west with his friend Elly and the two are soon married with a child on the way. They are headed toward Oregon to start their new lives together, joining a full train with other travelers; Oliver Seccombe (Timothy Dalton), Captain Maxwell Mercy (Chad Everett) and trail leader Sam Purchas (the ever menacing Donald Pleasance).

The story here takes an interesting turn because so much of the series has, so far, depended so much on our relationship with Pasquinell. But Levi Zendt steps into familiar shoes with a very different journey and approach to life. Where Pasquinel came at life with passion, Zendt is steady with compassion and warmth. Where Pasquinel faced things head and faces the mountains, Levi allows the mountains to seep into him. His road converges at a trading post with McKeag, with whom he will develop a stronger bond as the episode continues.

Of all the characters in Centennial, Levi Zendt has always been my favorite. Gregory Harrison is great in the role, but as an adult I can't quite speak to the quality that brought Levi to life in my young eyes. He was modest, he was secure, and in a later episode he would be described as a "serious man", and none of that usually speaks to a quality that most young men would gravitate toward. But, more than anything, he was also reasonable and courageous and he was just "good"... which appealed to me then and appeals to me now.

It's important to note that this episode acts as an anchoring point for several of the characters who would have larger roles to play in the series as time wears on. We find out that Maxwell Mercy, for example, is the husband to Lissette Pasquinel (The "white" daughter of our series initial lead). His struggle to balance the two worlds of the Native and the Settlers will carry through the next few episodes as well, including strong interactions with the Pasquinel Brothers.

3.5 out of 5, as this is the most episodic of the series so far without a true conclusion- it leaves our main protagonist in a bit of a cliff-hanger and urges continued watching with the fourth in the series.
Posted by Mad Mark at 12:04 AM No comments:

The second episode of Centennial picks up where the first left off, with Pasquinel having married both the daughter of his partner in St. Louis and the daughter of Lame Beaver. Our courier Quebecker is caught between two worlds. And it's that division that forces the story to focus on those who are affected by this division the most.

Clay Basket (played beautifully and brilliantly by Barbara Carrera) is a woman torn between two men that she both loves and respects. Pasquinel, who has given her two strong sons in Jacques and Marcel, and the golden-bearded McKeag, with whom she has always held a special affection. The hope for gold and the free life in the frontier brings her husband back to her time and again.

Lise Pasquinel (the always fantastic Salley Kellerman) draws the trader back to the "White Man's Civilization", such as it is. She raises a daughter and keeps the home fires burning with love for a man she knows she cannot keep in one place. 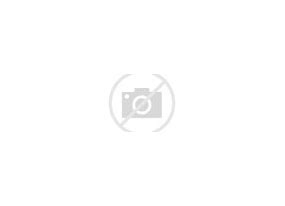 And, trapped between both worlds is McKeag. He sees the pain and anguish that Pasquinel leaves behind in his desire to have everything and live without compromise. But when the trader tries to bring both worlds together, it leads to disaster that will seep through the series for generations. It drives McKeag away and the Scotsman lives alone for years before finally returning to civilization with a Jamboree where tribes, mountain men, trappers, and traders all converge without need to travel to the big city.

Running at just over an hour and a half, the second episode in the long-spanning series expands and starts to show us the rippling effect that men like Pasquinel and Lame Beaver will have on other characters as they are introduced and take larger parts in the narrative. We also see the corrupting influence of wealth on good people, we see the growing encroachment of european settlers, and we see the tribal divisions that were so brutally exploited. But we also see the efforts of good people to deal in good faith and with well-intentions. But the importance of this episode is to show us how deeply some scars can run, how deeply it can hurt, and how important it is that we find a way to heal.